Enhancement of Security Deposit of Registered Contractors of Civil ...
(

Enhancement of financial limit /Tender Limit of the SMPK Enlisted ...
(

Cashless supply of out of stock Allopathic medicines at the Centenary ...
(

Circular regarding handling of Cape vessels of LOA up to 299 Mtrs at ...
(

Intimation of Banning of Business dealings with M/S R.C.Dey ...
(

Deferment of implementation of general revision of KoPT's Scale of ...
(

Periodical revision of the rate of Dearness Allowance payable to the ...
(

Circular regarding for Strict compliance of Covid-19 ...
(

Trade Notice regarding dimension of vessels acceptable at KPD and ...
(

Circular regarding revised SOP of M/s MARS Remedies (out of stock ...
(

Discount in SOR for deployment of Tug at Sagar Anchorage for ...
(

Cashless supply of out of stock Allopathic medicines at the Centenary ...
(

Usage of Thuraya/Irridum and other such Satellite Communication in ...
(

Intimation of Banning of Business dealings with M/S R.C.Dey ...
(

Notice / Advisory to the occupants in Port properties on inflammable ...
(

Procurement Projection for Marine Department in the next 3 to 5 years.
(

Re notification of the lease rent for various Buildings of KoPT at ...
( 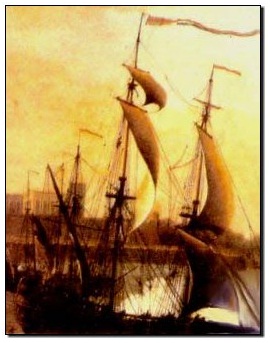 Kolkata is the earliest major port in the country. But the nucleus of the present day Kolkata Port lies much earlier - with the grant of trading rights to the British Settlement in Eastern India by the Moghal Emperor Aurangzeb. The city of Kolkata, has a synergistic linkage with the port.

In course of time the power to rule this vast country passed from the East India Company to the British Crown. The affairs of the Port were brought under the administrative control of the Government with the appointmentof a Port Commission in 1870.

The Kolkata Port was initially conceived to promote and protect the British colonial interest. 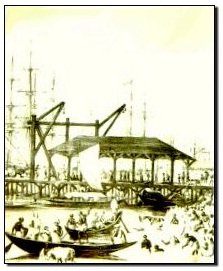 advent of freedom in 1947, the Port was called upon to champion the national cause. The Port took over the responsibility in the wake of the aftermath of Second World War and the partition of the country.

The Port which was once considered the most important port in the country still remains the premier port which has been rightly called the gateway to Eastern India and is the guiding factor to trade and commerce of vast hinterland comprising the entire Eastern India including Bihar and Eastern Uttar Pradesh and the two land-locked Himalayan Kingdoms of Nepal and Bhutan. 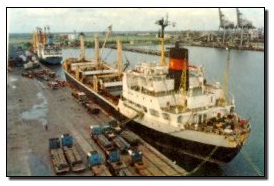 The Commissioners for the Port of Kolkata ran the port till January 1975 when Major Port Trusts Act, 1963, came into force. The history of Kolkata Port has been a continuous story of struggle and success - it's a saga of uninterrupted development, improvement and achievements. Kolkata Port is a port of contrast and contradictions.

At one end at Kidderpore, it has the lowest draft and the other end at Sandheads, it has the deepest draft (more than 50 metres) amongst Indian and world ports. What was described as “one of the best and most convenient ports out of Europe” by the Lt. Governor of Bengal in 1877, still retains a pre-eminent position among the nation’s ports on the strength of its infinite variety of availability of draft throughout 232 kms long navigable channel.

It is not for nothing that it has been able to surpass every target set for it and set all-time records in almost every walk of port activity. It could attain this only because of its professionalism and commitment to perfectionism. In the recent past, Kolkata Port has been adjudged as the best managed port in the country.

Despite its being 126 miles away from the sea, Kolkata is, by far, the best choice for eastern gateway to this continental-country. Kolkata Port Trust remains one of the pioneering and most promising ports of India. It commands a vast hinterland that comprises almost half of the Indian states (whole of the eastern and north-eastern regions) and the two neighbouring countries - the Himalayan Kingdoms of Nepal and Bhutan. It has two dock systems - Kolkata Dock System at Kolkata with the oil wharves at Baj Baj and Haldia Dock Complex at Haldia - have a combination of facilities with a lot of attractive packages.